Entertainment
May 21, 2020 Tonnison 0 Comments If You Can Dream It You Can Make It Says Davido Says As He Graces Covers Page Of Bill Board Magazine

Popular Nigerian musician, David Adeleke, also known as Davido has revealed another proud moment in his career as he disclosed on Thursday a picture of himself on the front page of the Billboard magazine.

He further revealed that another Nigerian music diva, Tiwa Savage as well as Mr. Eazi were also featured in the magazine, adding that Africa must unite as the influences that keep the African continent apart must not be allowed to thrive.

…. “The forces that unite us are intrinsic and greater than the superimposed influences that keep us apart.” – Africa Must Unite ! I DREAMT OF THIS SHIT!! Red heart”

…. “The forces that unite us are intrinsic and greater than the superimposed influences that keep us apart.” – Africa Must Unite ! I DREAMT OF THIS SHIT!! 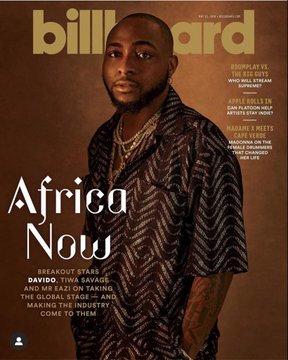 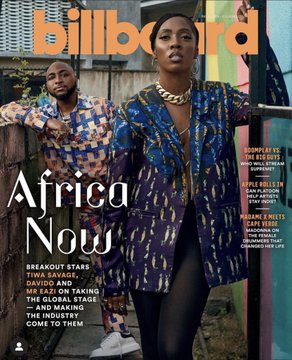 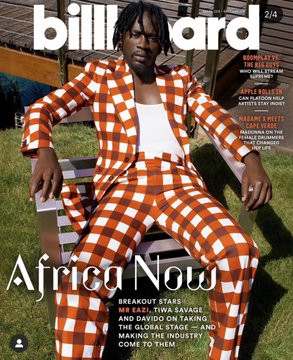 Meanwhile, Davido a few days ago celebrated the birthday of his daughter, Imade who turned 5 years old.

Davido had the daughter with his baby mama, Sophia Momodu and the proud parents came together to throw her a beautiful birthday bash.

“@realimadeadeleke Happy Birthday angel of mine

I love our love, it’s perfect!” said the proud mum on her Instagram, adding, “When it comes to you.. your dad & I DID THAT & that’s on period. #TheBig5”