Ivanka Trump introduced her father and invited him to the podium after other speakers spoke in favour of the Trump administration, painting a picture of Trump as inclusive of women, family, immigrants and Black Americans at a time of deep political division within the nation.

President Donald Trump speaking from the South Lawn of the White House in Washington, DC tonight accepting his party’s nomination for president, presenting himself as the last barrier protecting an American way of life under siege from radical forces.

Trump has painted an optimistic vision of the US’s future if he were to win another term, including an eventual triumph over the coronavirus pandemic that has killed more than 180,000 people, left millions unemployed and rewritten many rules of society. 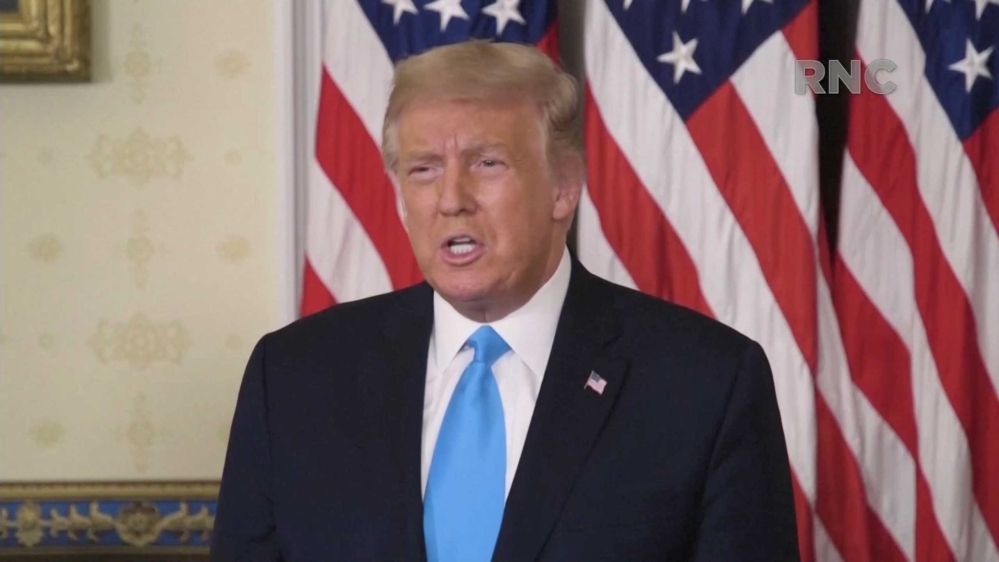 “We have spent the last four years reversing the damage Joe Biden inflicted over the last 47 years,” Trump was expected to say, according to speech excerpts confirmed by his campaign. “At no time before have voters faced a clearer choice between two parties, two visions, two philosophies or two agendas.”

The Democratic agenda, the speech excerpts claimed, “is the most extreme set of proposals ever put forward by a major party nominee”.

“My administration has a focused approach to fighting the pandemic, marshalling the best American scientist to produce a vaccine within the next few months”, he said.

Pledges to support the police and other law enforcement agents on the American soil who are defending the American people.

” Too late Joe, you cannot succeed at pulling down the Walls”, he said about Joe Biden

American Build their Future and we don’t’ tear down our past. Whenever our liberty is threatened, our heroes rise to the occasion.

Over the next four years, we will prove to the world that we are unstoppable, we are America.

What Buhari Said During The 2021 Budget Presentation (Full Speech)