The Nigerian Army has extended its operation to curb the activities of bandits, cattle rustlers, gunrunners, and other criminals in the North-West with a promise to go tough on the outlaws.

Chief of Army Staff Lt. General Nigerian Army announced this on Saturday in Faskari, Katsina State while speaking to journalists from the state and neighbouring Zamfara.

“Be rest assured that the troops are determined to deal decisively with any criminal element not only in the Northwest but also across the country,” he said.

‘Operation Sahel Sanity’, launched amid an upsurge in crime particularly the activities of bandits, rustlers, kidnappers, and gunrunners, will now continue until December. 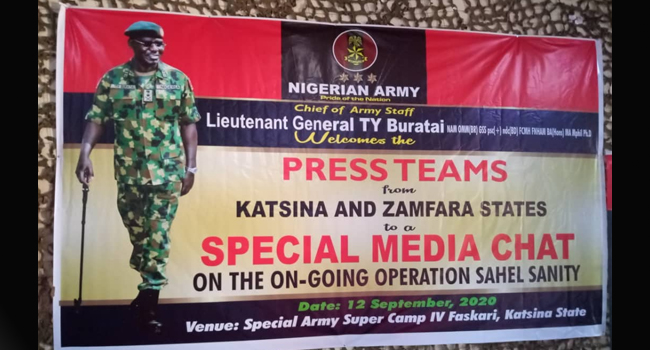 The army boss, however, believes determination on the part of the army alone will not be enough to stop the criminal activities which have resulted in the loss of scores of lives in the region and sparked outrage over time.

To him, it would take more support from the people of the region who he said had already provided tremendous support for the army – leading to the killing of hundreds of bandits and arrest of hundreds more including their allies.

“I already said it that these people don’t come from the skies they are within us and most of the arrests that have been made in the towns and villages, they have relations in those communities and they visit them,” he said.

“As soon as we stop shielding these criminals, the sooner we will get the insecurity resolved in all our societies. We have so far improved on our intelligence gathering.” 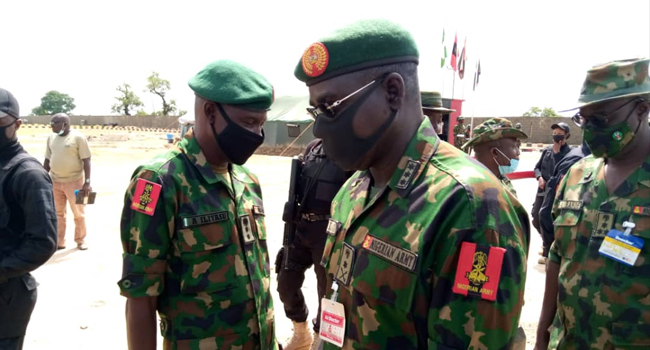 In order to expose such criminals, Buratai expects people to disregard their relationship with them “no matter how tight and close” the relationship may be.

“Otherwise these criminals will one day turn against them,” he warned. 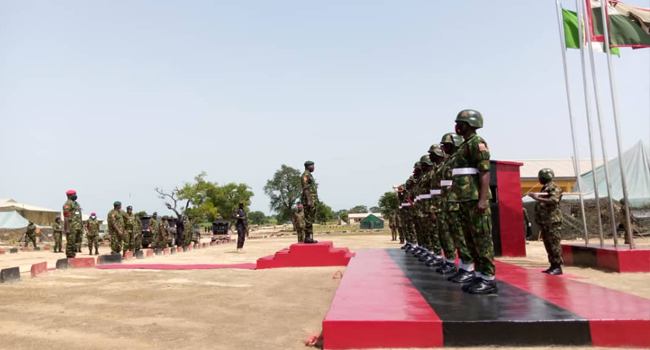 Since the army launched Operation Sahel Sanity it has announced successes several times and the army boss is impressed with the progress made so far.

His visit to Katsina is to access the progress of the operation, especially in Katsina and Zamfara states where the Special Army Super Camp is located, from where the operation is coordinated.

“I am impressed with the brief I had this afternoon with the level of commitment, dedication, and loyalty of the troops,” he said.

Under the operation, the army boss added, “The troops have shown courage and determination to resolve the security challenge that has bedevilled the region.

“They tamed to the barest minimum, the issues of kidnapping, cattle Rustling, armed banditry, and gunrunning across the border among others.”

He, however, does not want the army to slow down and decided to extend the operation to ensure that “the desired result is achieved”.

Apart from acknowledging the troops and the people of the region for their support so far, Buratai praised members of the press in Katsina and Zamfara states.

“Their reportage, commentaries, and general assessment have been quite encouraging,” he said.

On Saturday, September 5, 2020, that army announced that troops of Operation Sahel Sanity had over two months killed 100 armed bandits, arrested 148 of them, and recovered about 4,000 cattle.

In addition to that, a total of 3,984 cows, 1,627 sheep/rams, and three camels were recovered while 148 suspected bandits were arrested along with 315 illegal armed miners.

Meanwhile, the Speaker of the House of Representatives, Femi Gbajabiamila has condoled with Senator Aliyu Wamakko over the demise of his daughter, Sadiya.

Gbajabiamila, who described the passing away of Sadiya as painful, said he shares in the grief of the Wamakko family.

In a statement by his Special Adviser on Media and Publicity, Lanre Lasisi, the Speaker prayed for the repose of the soul of Wamakko’s daughter.

“My heart and prayers go to the family of Distinguished Senator Aliyu Magatakarda Wamakko.

“It is painful losing one’s daughter. I pray that Allah (SWT) will grant her soul Jannatul Firdaus and give the family the fortitude to bear this huge loss,” the Speaker said.