The news of a gas explosion that enveloped the Iju-Ishaga area of Lagos State jilted residents to a panic mode when a gas tanker exploded on Thursday.

According to reports, the Ifako-Ijaiye bound gas tanker exploded midway, killing over 51 persons and leaving several others sustaining various degrees of burn injuries.

The LASEMA boss said efforts are being made by his men to put out the resulting fire from the explosion with support from the Lagos State Fire Service, the Nigeria Police Force, and the Nigeria Security and Civil Defence Corps.

On Twitter, the emergency agency asked Lagosians to remain calm.

According to LASEMA investigations, an unknown truck conveying gasoline had a lone accident and exploded.

“The impact of the explosion led to a fire on adjoining buildings and several vehicles burnt,” the agency said. “Several persons were injured and have been taken to the nearest hospital for treatment.”

Residents of the Iju-Ishaga area of Lagos were on Thursday afternoon sent into a panic as a rancorous explosion rocked the neighbourhood.

What started out as a wet and rather calm day quickly turned into a frenzy at about 3:30 pm when a loaded gas tanker exploded around the Iju Hill axis of Ajuwon road.

Some witnesses say at least one person died in the blast that left 16 others critically injured. Also destroyed were scores of buildings and many cars, some beyond repair.

Speaking to Channels Television on Thursday at the site of the explosion, LASEMA’s Director of Operations, Engr Olatunde Akinsanya said the 16 injured persons were taken to the Iju Water Works clinic.

Akinsanya revealed that the ill-fated 30 ton LPG tanker which was being operated by Manna Gas Ltd, was supposed to offload its content at a gas station, but the station’s owner reportedly refused to allow him because a seal had been broken, indicating that the content had been tampered with.

Enraged by the refusal of the station manager to offload the content in his tanker, the driver moved out of the premises.

A few meters away from the gas station, the front tire of the tanker burst and the gearbox compartment struck the ground causing a spark that led to an explosion when it came in contact with gas that was leaking from the tanker.

The vehicle ended in a ditch, where a second explosion erupted.

Eyewitnesses told Channels Television that the second explosion sent the tanker flying and destroying buildings in its path, including a church.

The impact of the explosion spread about 300 radii from the scene of the incident, the LASEMA official said.

It was not yet clear at the time of reporting this story whether the driver of the tanker was still alive as he seemed to have sustained third-degree burns. 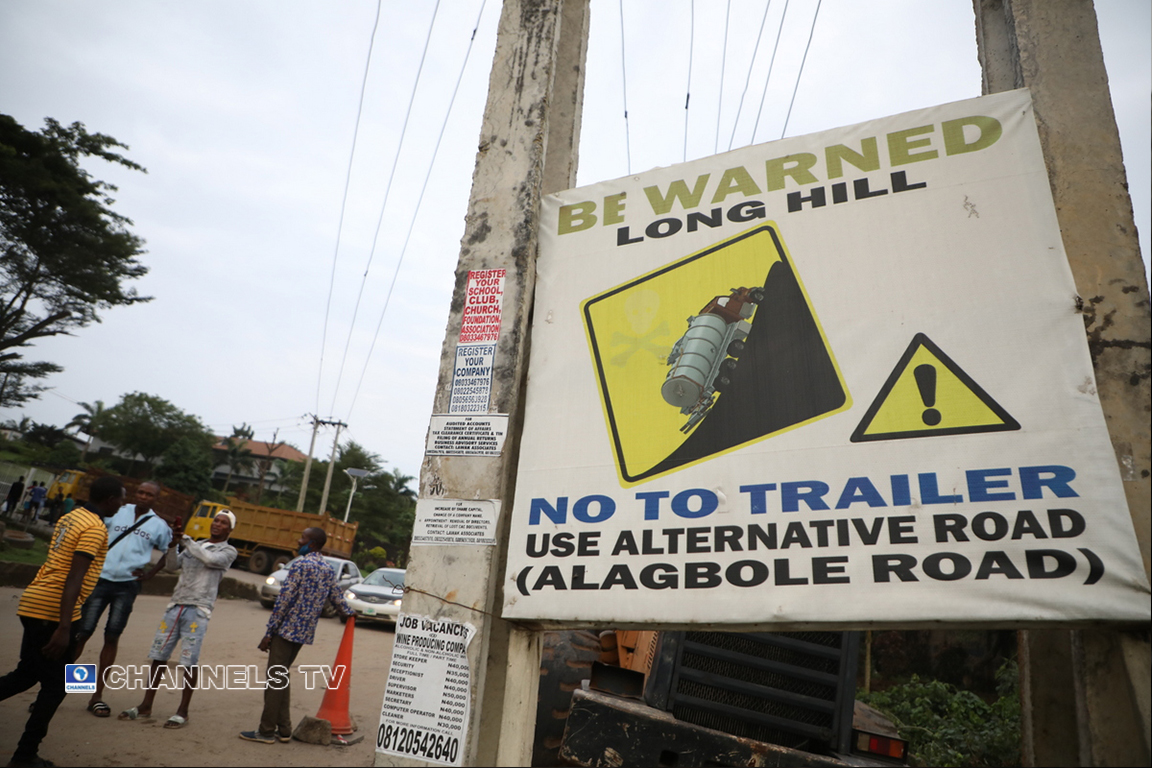 “I would have died with my children”

Narrating her close shave with death, Mrs. Maduka Lovelyn, a fruit seller said she had just returned from the market and was arranging her wares when the first blast erupted.

Mrs. Maduka and her kids were tending to customers when they saw a thick cloud of smoke rising a few meters from where her stall is situated.

The perturbed mother said she and her children were lucky to have escaped because they fled at the first cry of “fire! fire!” by some other residents who were closer to the blast spot.

“We were scared as we saw the smoke, it was too much,” Mrs. Maduka stressed as she revealed how it took a race through marsh and mud to get her family to safety.

Earlier in the day, the Lagos State Government had put the casualty figure at 16, however, a post-disaster assessment late on Thursday revealed that the total number of casualties is 30, consisting of 10 adult females and 20 adult males.

The report further shows that two of the 16 in critical conditions have been referred to the General Hospital in Ikeja.

LASEMA figures suggest that a total of 23 buildings were destroyed in the blast, while 15 vehicles were left with varying degrees of dents.

Prominent among the buildings destroyed are the X and Y Event Center and the Idera Oluwa Plank Market where 15 shanty shops were engulfed. 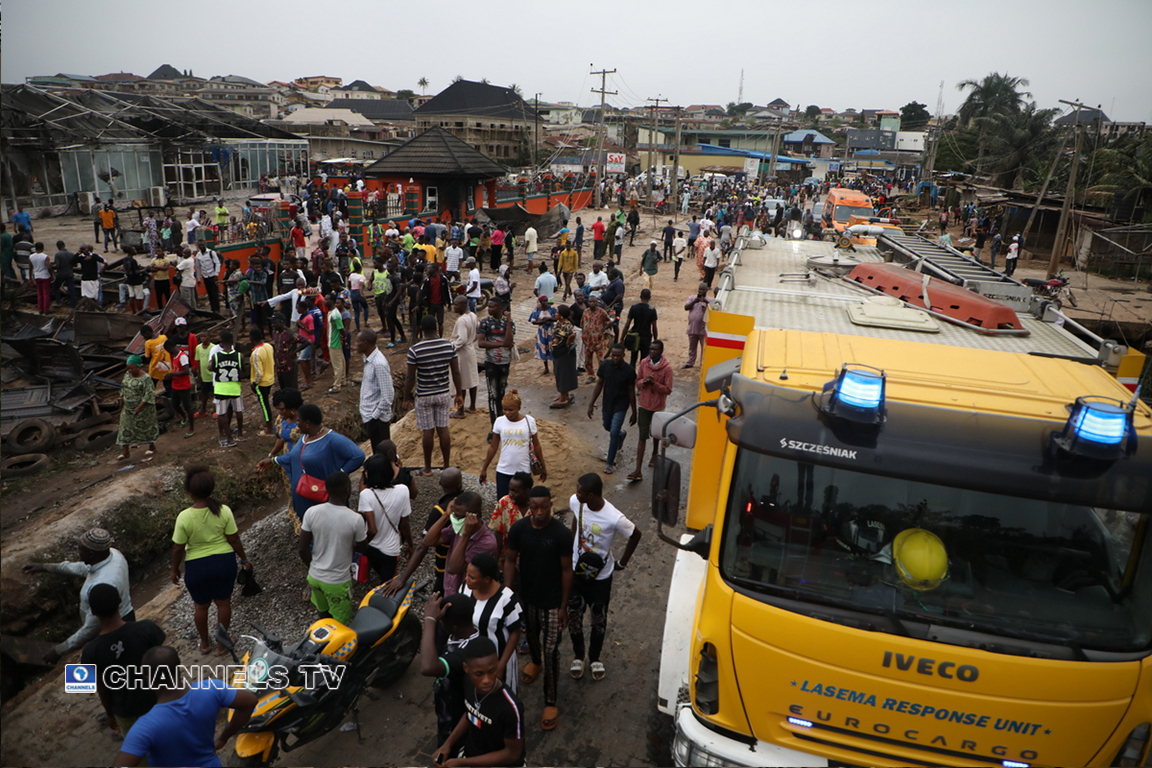 Breaking: Finally Documents Submitted To US Department By IPOB Revealed, Why Buhari Is Afraid