Former United States President, Donald Trump’s media company, the Trump Media and Technology Group, has thus far produced nothing but is already valued at $10bn, according to one report.

The company is reportedly going to launch Mr Trump’s social media company, and while there is no stock currently associated with the business, investors are lining up to boost the endeavour.

Forbes reports that investors can, and have been, buying into a special purpose acquisition company (SPAC) that will eventually merge with Mr Trump’s business. When it was revealed that the SPAC would merge with Mr Trump’s media company, shares leapt from about $10 to $60 a share over the last month.

The bet could result in major gains for investors, but SPACs are often overvalued. Researchers at Stanford and New York University found in April that across 16 SPACs that merged in 2019 and 2020 and traded for at least a year after their mergers, they lost on average 35 per cent of their values.

Like most speculative investment opportunities, SPACs are built on hype and expectation. The SPAC that will merge with Mr Trump’s company obviously benefits from the loyal following the former president amassed since 2016. According to the Forbes analysis, if even a third of Mr Trump’s 89m Twitter followers follow him to the new social media site, the Trump Media and Technology Group could be worth up to $5.6bn. 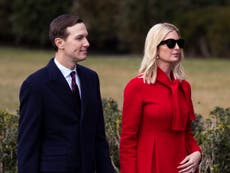 It’s unclear how Mr Trump’s new social media site will fare. While it is not unreasonable to think that a third – or perhaps more – of his supporters will join and engage on the site, conservative counterparts to sites like Facebook and Twitter have thus far underperformed expectations.

MyPillow CEO Mike Lindell’s “Frank” was a much-hyped social media site that failed to become anything resembling a platform with user engagement. Mr Trump’s former campaign spokesman, Jason Miller, also stepped into the social media space with his site “GETTR,” but analysts expect that what few users frequent the site will eventually abandon it for Mr Trump’s platform when it launches.

Gab and Parler, both ostensibly “free speech” bastions for conservative users, have had middling success and have failed to remotely approach the dominance of social media giants Twitter and Facebook.

As of this writing, Truth Social – the working name given to Mr Trump’s upcoming social media platform – has only existed as an early test site. Upon its discovery, hackers immediately infiltrated the site and began causing chaos, and one user – posting under the name “donaldjtrump” – uploaded a video of a pig defecating.